St. Louis Community College-Meramec faculty members Cindy Epperson and Tim Linder are featured in the November/December 2011 edition of “Exploring Humanitarian Law,” a newsletter for international humanitarian law educators from the American Red Cross. The professors worked with their respective classes to design and create a virtual refugee camp.

Here is a link to an article about the project:
http://www.stlcc.edu/Newsroom/2011/12/News13.html

I have worked on several simulations and prototypes for the education of medical students at the University of Missouri’s School of Medicine. Using the latest web, virtual reality, and digital media technologies, combined with forward-thinking teaching strategies, I am hoping to help change the way medical students learn. 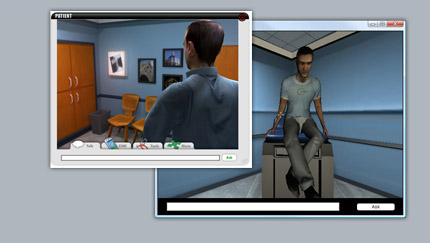 I created a low polygon 3D version of Place Pigalle and Montmartre, Paris with Maya to be used in real-time game engines. The scene was originally used in a Quest 3D application in which humanities professors at the Sorbonne taught students about the types of art that have arisen from this area. 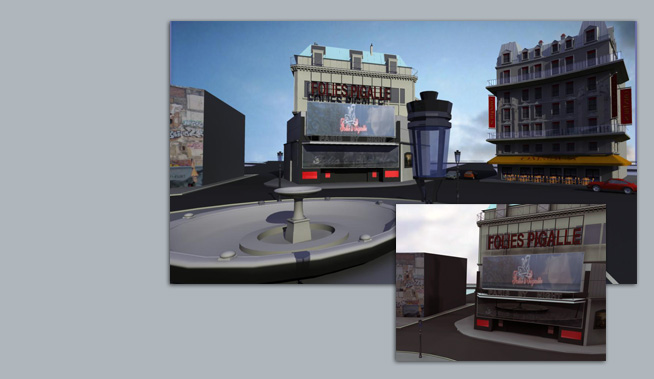 Virtual Harlem is a recreation of Harlem, NY, as it looked during the early 1930’s. Historical photos and content experts were used in creating accurate architecture where historical and folk personages populate the sidewalks and talk about the issues of the day in ‘30s Harlem slang.  As part of a team, I created the environment by modeling and texturing several buildings. 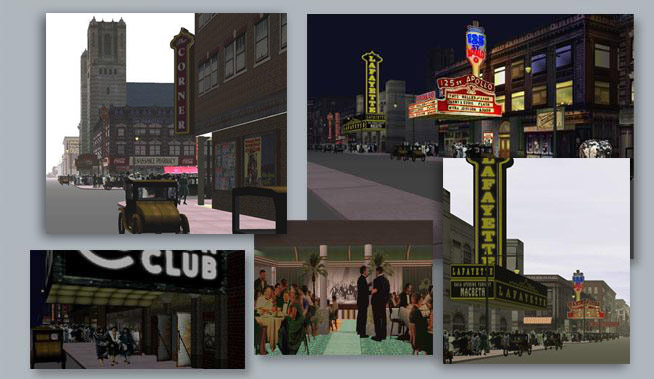 Historical blueprints and photos were used to recreate the architecture of the 1904 St. Louis World’s Fair in Forest Park. I served as the lead designer on creating the environment for the experience. 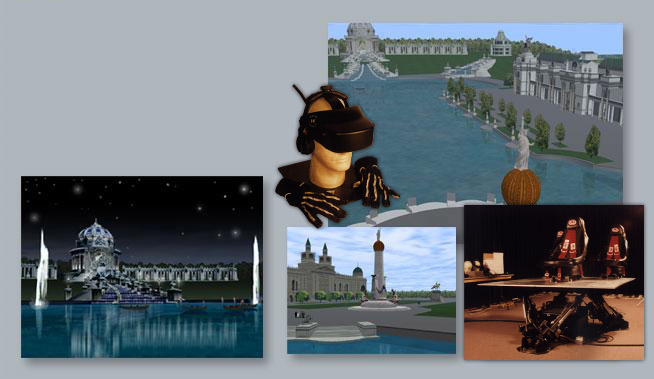 I worked with a team of designers to recreate the MU campus using the Quake3 game engine. Desktop PCs can be used to navigate the Francis Quadrangle and interiors of several buildings located throughout the campus. Additional interactivity was added to the game engine by our team, such as displaying movies. 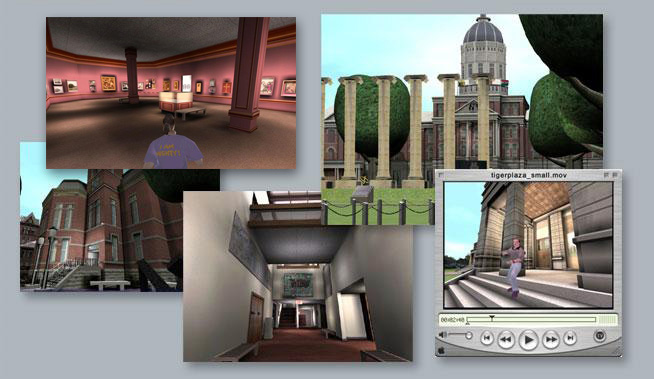